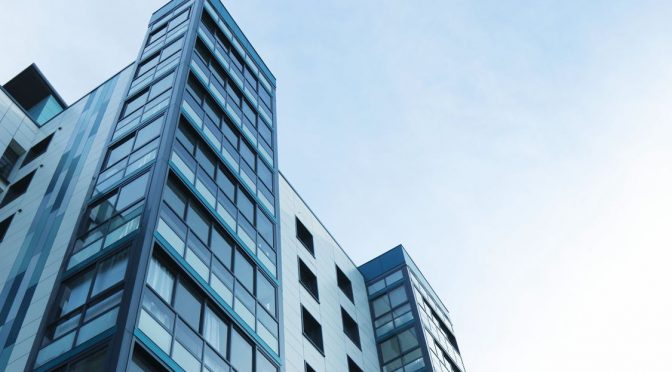 As Denver market continues to grow so will ours here in Summit County.

A Mile-High Building Boom in Denver

A booming tech industry and strong job market have fueled an apartment-building frenzy in the midsize, mile-high city of Denver. Neighborhoods once filled with rundown 19th-century warehouses, modest apartment complexes and vacant lots have transformed into landscapes of glass, brick and steel, as new structures continue to climb.

Standing on the 12th-floor roof deck of the Alexan Uptown, a new 372-unit luxury apartment building, real-state agent Justin De La O counts about half a dozen cranes within a few blocks’ radius that mark where similar properties are rising.

Median rents in Denver grew to $1,184 in 2015, up from $777 in 2005—a 52% increase, according to data from rental website Apartment List, compared with 32% nationally. Construction of new units boomed during the same decade, but remained slower than the pace of new job creation, with 1.7 new jobs created for every new residential building permit. From 2010 to 2015, the ratio was particularly off-balance, with 2.9 jobs added for every building permit, according to census data analyzed by Apartment List.

Now, some local real-estate experts say the balance is shifting, with the supply of new housing matching or even exceeding demand. The result: Rental-price growth already shows signs of softening, with median rents down 0.4% over the past month, to $1,340, according to Apartment List’s October report. (The company says this may be due in part to a seasonal dip.)

Tori Larson is the asset manager for the developer behind Decatur Point, a 203-unit rental building with an outdoor pool that opened in November 2016 and is now 88% rented. She says the building has tried a range of promotions to attract renters.

One recent deal was aimed at pet owners; it included a gift card for 10 visits to a doggy day care and six months of monthly on-site pet grooming. Another promotion featured a $500 Visa gift card, which she said was popular. “It’s a constant battle trying to figure out what’s going to work and what’s going to attract people,” she says. Studios in the building start at $1,485 a month; two-bedroom, two-bathroom units go up to $2,700.

Leeann Nicolo moved to Denver from New York in June. She looked at about 15 different places before choosing her 950-square-foot unit at the Alexan Uptown. At the time she signed her lease, she says the building was offering one-month free rent and waiving the building’s standard pet fee for a few months. The signing package for her $1,950-a-month, one-bedroom apartment also included several gift options. She chose one that came with a $300 Southwest Airlines gift card, a free membership to the Denver Zoo and a subscription a service that delivers free snacks from around the world once a month.

“In New York you have to argue for everything and you’re lucky if you even get an apartment,” says Ms. Nicolo, 27, who works in cybersecurity. The building’s more recent promotion included waived signing fees and discounts on certain units.

The rental-building boom was partly fueled by a slowdown in the building of for-sale luxury condos. Some developers say that under local construction-defect laws, condos are more vulnerable to lawsuits than rental buildings, making rentals seem like a safer bet. Others say that market conditions have been more favorable for rentals.

The low inventory of homes for sale has kept the sales market competitive. Denver homes and condos sell in under 30 days on average after listing, on par with hot markets like the San Francisco Bay Area, says Pam O’Connor, the CEO of Leading Real Estate Companies of the World.

David Zucker, the CEO of Zocalo Community Development, says the past year has given him pause about the high end of the rental market, though Denver’s growing global recognition makes him optimistic about the city overall. The company’s newest luxury rental building, Coda, in Cherry Creek, is about 70% rented a year after opening, which he says is slightly slower than expected but not surprising, considering the competition.

The building has free gigabyte high-speed internet for all residents, in addition to concierge service and a new ground-floor restaurant, Hedge Row, owned by Elon Musk’s brother Kimbal Musk. For future development, he says, he’s focusing on mixed-use buildings.

Some buildings are trying to stand out with increasingly luxurious amenities. At the Battery on Blake, a luxury apartment building across the street from Coors Field, there’s a sports lounge with an indoor bowling alley and billiards. Many buildings also include dog spas (where renters can wash their pets) as well as rooftop dog parks or dog runs. And then there are the types of amenities that are unique to Denver’s outdoorsy lifestyle, like ski-storage rooms, or kayaks that residents can borrow to use on nearby rivers.

The Confluence, a 35-story building under construction at the convergence of Cherry Creek and the South Platte River, has units that range from 658-square-foot studios to 2,500-square-foot penthouses. Amenities include bikes that residents can borrow to ride around town, as well as valet parking. A heated outdoor infinity pool, open year-round, has a cantilevered glass wall as well as several resort-style cabanas, each with its own fire pit. The gym has sliding glass doors that open to an outdoor yoga lawn.

One-bedrooms at the Confluence start around $2,400 a month and the largest penthouses could rent for more than $16,000 a month; prices are still being determined. With hand-scraped wood floors and 10- to 12-foot ceilings, the units are some of the priciest per square foot in Denver. Developers say there’s already a waitlist for penthouses, although they’re still under construction. They aren’t offering big promotions yet, though some non-penthouse units come with a $500 to $1,000 “construction” rebate while the building is still being completed.

Tara Nelson, a 32-year-old registered dietitian, moved to Denver from Barnstable, Mass., in May. She looked at seven or eight different luxury buildings before settling on Decatur Point in Jefferson Park. She liked the building’s gym, which has Peloton bikes with live video spin classes, and free yoga classes twice a week. Her 630-square-foot studio apartment has a patio where she can watch the sunset in the evenings.

Her rent is $1,700 a month, but with the building’s one-month free move-in incentive, which she spread out over the first year, she pays $1,595; she says her application fee was also waived.

Developers and real-estate agents say the next boom will likely happen in the suburbs. Adrienne Hill, a senior vice president with Simpson Property Group, has developed buildings like Sky House, a new 25-story, 354-unit downtown luxury apartment building in the Financial District with a rooftop pool and a gym that has a virtual training center. The building opened in October 2016 and is 64% occupied, which Ms. Hill says is in line with their expectations.

With the urban market nearly saturated, the company is looking to suburban areas like Littleton, about 20 miles south of Denver, for new development. “There’s a lot of opportunity in the suburbs and a lot of pent-up demand,” she says.