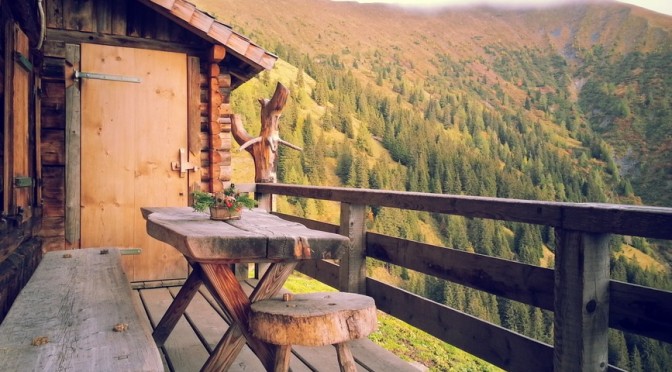 With ski season winding down in Colorado’s high country and the Denver-Boulder housing market so strong, real estate experts say Front Range buyers appear to be turning their attention to second-home and investment opportunities in the state’s major ski-town markets.

“We’re definitely seeing a spike among the Front Range residents and their desire to buy a second home, and in many areas there’s no shortage of inventory, so they have their choice,” said Bank of America Regional Sales Director Ann Thompson, who added that soaring Denver home prices may be driving some of that trend.

“Denver metro has seen about 16 percent gains in home prices, and now that they’ve got that equity going, they look at that and say, ‘I can improve my home, or I can also use that equity to make a down-payment on a second home,” Thompson said.

The different mountain-town markets vary in terms of Front Range second-home ownership. In Eagle County (Vail and Beaver Creek), for instance, an analysis by Land Title Guarantee Company found that 17 percent of the 2015 fourth-quarter homebuyers were from the Front Range. That compares to 57 percent in Grand County (Winter Park), 38 percent in Summit County (Breck, Copper, Keystone and A-Basin) and just 2 percent in Pitkin County (Aspen).

“There are no opportunities for them to invest down on the Front Range, so they’re coming up here and looking,” said Andrew Forstl of The Davos Group real estate and property management company in Vail. “There are no deals down there. Denver is unattainable for investments, so people are looking up here, and it’s just kind of started. Our market isn’t nearly as booming as the Front Range — things are not flying off the shelf — but it’s healthy.”

Forstl says one of his clients, a Front Range family that had been skiing and looking at properties all winter in the Vail Valley, was finally ready to pull the trigger in the closing weeks of ski season and just went under contract.

“They were waiting for the end of the season for deals to come out – places that have been on the market all season and they’re looking to get a deal on one of them,” Forstl said, adding that in general, sales to Front Range second-home buyers will drop off some after the lifts stop running and then pick up again in June.

Bank of America’s Thompson agrees with that trend, urging prospective Front Range homebuyers to do their homework and consult various experts, including an experienced mortgage loan officer, a realtor and even a CPA on whether to buy as a second home or an investment rental property to be listed on VRBO or other services.

“A realtor can help with projecting realistic rents not only in the winter, but also in the summer,” Thompson said. “That’s very, very popular for Front Range people – the music festivals, the mountain biking, hiking. That’s really important when you’re looking at year-round potential for rental and also to be attractive for Front Range resale.”

Thompson also added that it’s key to look at amenities such as conference space, either in a dedicated facility such as Keystone or in the hotels in Vail, with a good mix of retail, entertainment and other options that will attract renters. Plus, access is always a concern, she says, and a good regional airport that avoids potential Interstate 70 gridlock can be a plus.

The Eagle County Regional Airport in Gypsum, 40 miles west of Vail, welcomed its 8 millionth commercial passenger on March 29 after first launching commercial air service in 1989. Still, drive-to markets will be always continue to be the most popular for Front Range buyers, especially when they’re home values have increased so much and they’re feeling priced out in their own primary metro-area market.

“Equity in your home builds a lot of confidence about financial comfort,” Thompson said. “When you have equity in your home, there is that ability to borrow on that equity, but even if you’re using stock options or a bonus or what have you, it’s just all about that confidence to make that investment [in a mountain second home or rental property].”

According to the S&P/Case-Shiller Home Price Indices, the metro Denver area led the nation for the highest rate of home price appreciation for half of 2015. Denver was second in the nation among major cities four months out of the year, and wound up third in December, behind only Portland, Oregon, and San Francisco. Overall, home prices in Denver rose 10.2 percent in 2015, compared to 5.4 percent nationally. But that kind of increase has some investors there wary.

A recent Morgan Stanley Wealth Management Investor Pulse Poll of more than 1,000 high net-worth investors revealed they feel the Denver housing market is overpriced and unaffordable for first-time homebuyers. The poll of Denver-area investors between the ages of 25 and 75 with $100,000 or more in household liquid investable assets found that 89 percent feel the metro-area market is overpriced. Nearly as many (86 percent) said the market is pricing out first-time homebuyers, and there is concern a bubble is forming.

“I think the financial crisis of 2008 is still very fresh in a lot of people’s minds, particularly high net-worth investors, so they’re looking at what happened to real estate prices here,” Denver-based Morgan Stanley financial advisor Todd Hauer said. “We were down probably 30 to 40 percent from the 2007 highs to the 2009 lows.”

Bank of America’s Thompson says it’s tougher to flip properties in the mountain markets the way some Front Range buyers have been able to do the last few years. That’s why she says mountain-town investments may make more sense as a longer-term play that’s based on a lifestyle choice.

“With VRBO, there’s just so much more exposure to the lifestyle, and then they want to turn it into a permanent lifestyle,” Thompson said, adding a season full of powder days can certainly influence a second-home decision. “This is the time of year where they’ve had that wonderful experience, and they’re like, huh, I want my own place.”